SAP on AWS - Since the beginning of time ... 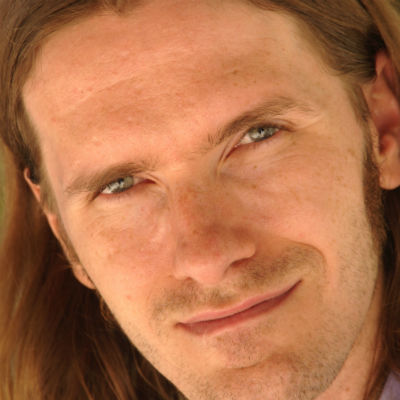 The rich text element allows you to create and format headings, paragraphs, blockquotes, images, and video all in one place instead of having to add and format them individually. Just double-click and easily create content.

How to customize formatting for each rich text

Headings, paragraphs, blockquotes, figures, images, and figure captions can all be styled after a class is added to the rich text element using the "When inside of" nested selector system.

When discussing the next thing it is always important to have a deep reflection of how it used to be.

Back in 2007 I was  working for 7 years at SAP and there was one constant factor, before starting any project. Start early to think about the hardware before you think about the software that you want to build, before you had any specs or details and request the virtual or physical hardware, because we had to wait for 4-8 weeks (in the best case) until your one single virtual server with OS was ready.

November 2007, I participated in a startup conference, where Werner Vogels, Amazon CTO, spoke about the Amazon Cloud. He also used this event to launch the m1.large instance with 2 vCPUs and 7.5 GB RAM.

Back then I was attracted by 2 aspects of the cloud

Year 1 — SAP on AWS as a Self Service

Early in 2008, leading an innovation team, we started a SAP internal self service for employees to launch SAP systems on AWS. Our first use case was Dev & Test of SAP NetWeaver.

At the end of the year SAP employees launched 250 Server / month on AWS.

As part of the SAP Tech World Tour, I had the opportunity to present in London to an audience of more than 100 customers. Customers could not believe that SAP with the push of a button could be real.

We launched the opportunity for SAP Pre-Sales to use SAP NetWeaver on AWS for Demos and POCs. In Pre-Sales agility matters, and it is hard to forecast required infrastructure capacity for the next 6 months.

www.experienceSAPHANA.com was launched in November with the offer of live shared SAP HANA systems on  AWS.

2011 was also the year where AWS was production certified for SAP Business Suite.

Our internal self-service for employees had grown to more than 1000 SAP employees as its users and 11000 SAP Server launches on AWS / month became productized as SAP Cloud Appliance Library.

SAP  HANA One with 60 GB RAM launched as the first SAP Production Certified  version of SAP HANA on AWS.

End of 2013 I joined AWS Professional Services to assist SAP Customers and Partners in their journey of migrating or creating SAP  workloads.

2014 — Large enterprises with SAP in production on AWS

After I joined AWS, In 2014 I enabled first large enterprises to use SAP HANA in production on  AWS.

2015 — The World's best infrastructure for SAP

AWS SAP team traveled around the world to assist large enterprise customers with what increasingly became all-in migrations of SAP to AWS.

The value of having maximum security, high performance, maximum high availability in 12 global regions immediately, when you need it is appealing to customers on all continents.

Who would not want that?

Significant infrastructure cost savings come along with a well architected solution for  AWS.

Though much more important for many customers was the realization that through a game changing agility and scale to which every customer has access, customers could innovate more, act faster and thereby impact the top-line.

2016 is the year where AWS will launch the machine family X1 with up to 2 TB RAM.

We launched Ocean9 to focus on this enormous potential and to provide Customers and partners a maximum of dedication, passion and support for this new world.

Want to become part of this exciting journey?